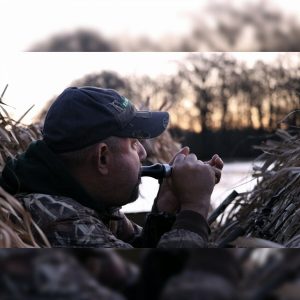 Ben Vallin was born and raised in Lansing, Michigan, and spent his childhood years hunting and fishing with his grandfather in Jackson, Michigan.  His great-uncle, Russ Bengel, had a strong influence on young Ben in the areas of waterfowl hunting and conservation.  Those formative years instilled a love and respect of nature and the outdoors.  It wasn’t until high school that Ben finally got his first Labrador puppy, Magnum.  As Magnum learned to be a faithful hunting companion and beloved family member, it was the process of teaching that young pup that got Ben hooked on dog training.  There was nothing better than a morning duck hunt with Magnum and his grandfather.

After learning how to train Magnum, Ben sought further training for himself.  He went on to work as an assistant for various professional trainers.  He spent eight years at the distinguished Handjem Retrievers in Montello, WI, with the venerable Mike Lardy before starting his own Strongline Retrievers company.  To further his understanding of dog training, Ben worked to ready Labradors for off-leash bomb detection for the military.

Due to his passion for waterfowl hunting, Ben started working for Echo Calls in January 2019, tuning inserts and shipping products.

Listen to him here:

Have a question for Ben? Email him here!