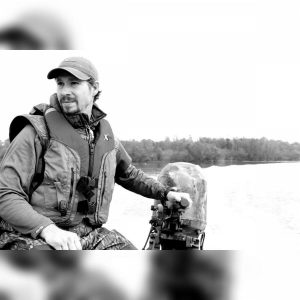 Jonathan was born in Tennessee but raised in Arkansas, living just down the road from the famous
Claypool Reservoir, his love for hunting, was instilled in him at a young age. He is part Cherokee Indian,
so hunting all wildlife comes naturally and is a way of life. His childhood consisted of a church, farming,
ATV’s, and hunting with a group of ‘brothers’ that to this day still hunt together. His first Duck calling
instructional video was made in 1996 and is treasured by family and friends. Jonathan has been married
for 17 years and has a son and daughter to carry on his hunting legacy. He has been blessed to live and
hunt in different states but always returned home to Arkansas. He spends 365 days of the year pursuing
whatever is in season from Duck, turkey, deer, trapping and fish, you name it; he is adamant on learning
more about its habitat to become a better hunter. Jonathan’s dedication to his faith and love for the
outdoors is the reason he pursued a job with Rick Dunn.

Jonathan became intertwined in the commercial hunting business in 2007 when he started hunting and
working with Rick Dunn and the Echo Boys. He is now the Creator, videographer, and editor of “Duck
Chatter”. His day to day activities at the Echo shop include CNC Operator, Duck Call Creator, Custom
Call Tuner, and Soundboard Specialist. During the summers Jonathan teaches a duck calling class, at the
Echo shop, to help others hone in there duck calling before the season opens. He enjoys watching the
youth become better at calling and start to compete. Jonathan says, “there’s nothing like watching a young boy
or girl win their first contest.” Jonathan has competed in the World Championship Duck Calling Contest
in Stuttgart since 2009 and has placed in the top 5 five times. Although he has not won the World’s Duck
Calling Championship, Jonathan’s drive for the industry doesn’t come from competition but for the love
of his heritage and wanting to help teach others the skill of hunting.

His lanyard consists of:

Got a question for Jonathan? Ask him here!